It’s hard to explain how both slow and fast time moves here. To think I left Bellingham just two weeks ago but also the fact that we’ve already made it through 1/5 of PST (pre-service training) is mind-boggling. I now spend everyday with friends and family that were complete strangers 14 days ago.

We arrived in Windhoek Wednesday, April 12th and were greeted with friendly faces and fatcakes (a Namibian delicacy). They told us “we brought the rain” during what is known here as the dry season, and that this was good luck. Off to a great start! From there we went to Penduka, a women’s empowerment and development village that is supported by a fellow PCV, Andy. We were the first group to begin our PST at Penduka and we were lucky to have done so. The village is a beautiful bubble on the outskirts on Windhoek with an African B&B vibe – not to mention the stunning view.

We were reminded time and time again by Andy that this was not a typical site. So we lounged and were fed incredibly well and bonded enjoyed every minute of it. Yes, we even made time for an early-morning yoga sesh. Did someone say Posh Corps? 🙂

Oh, and I ate a Mopane Worm! Tasted like mushrooms but the caterpillar shell was a little tough to get past, both literally and figuratively. Might be my first… and my last. 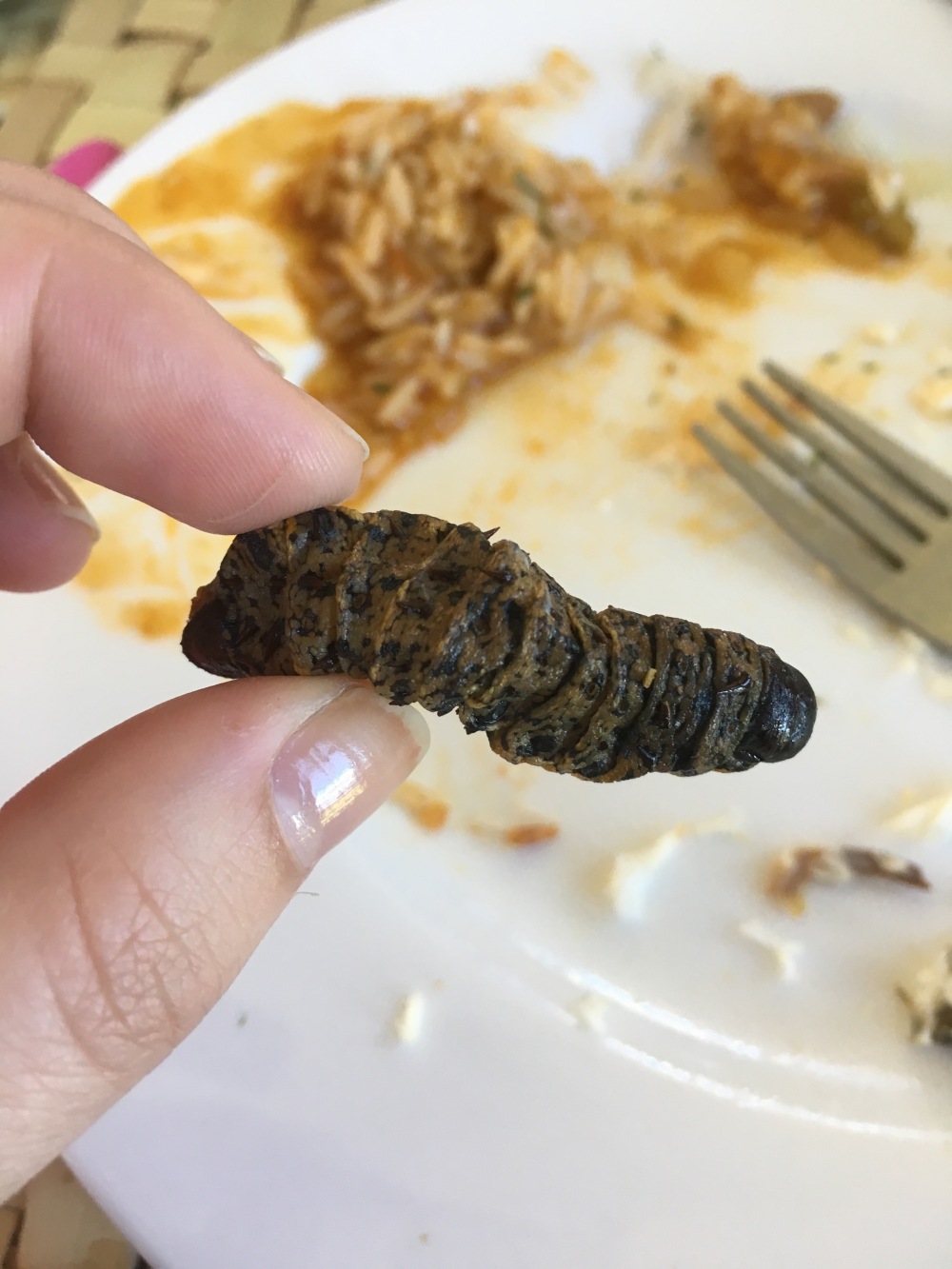 Not only is Andy a terrific “overseer” of Penduka (he emphasized that the women did all the work, he was just there for support), but the site houses 15 different income-generating projects from textiles, to glass bead making, to chicken raising to an aquaponic garden. It lit a fire under all of us in showing what is possible through economic development projects. 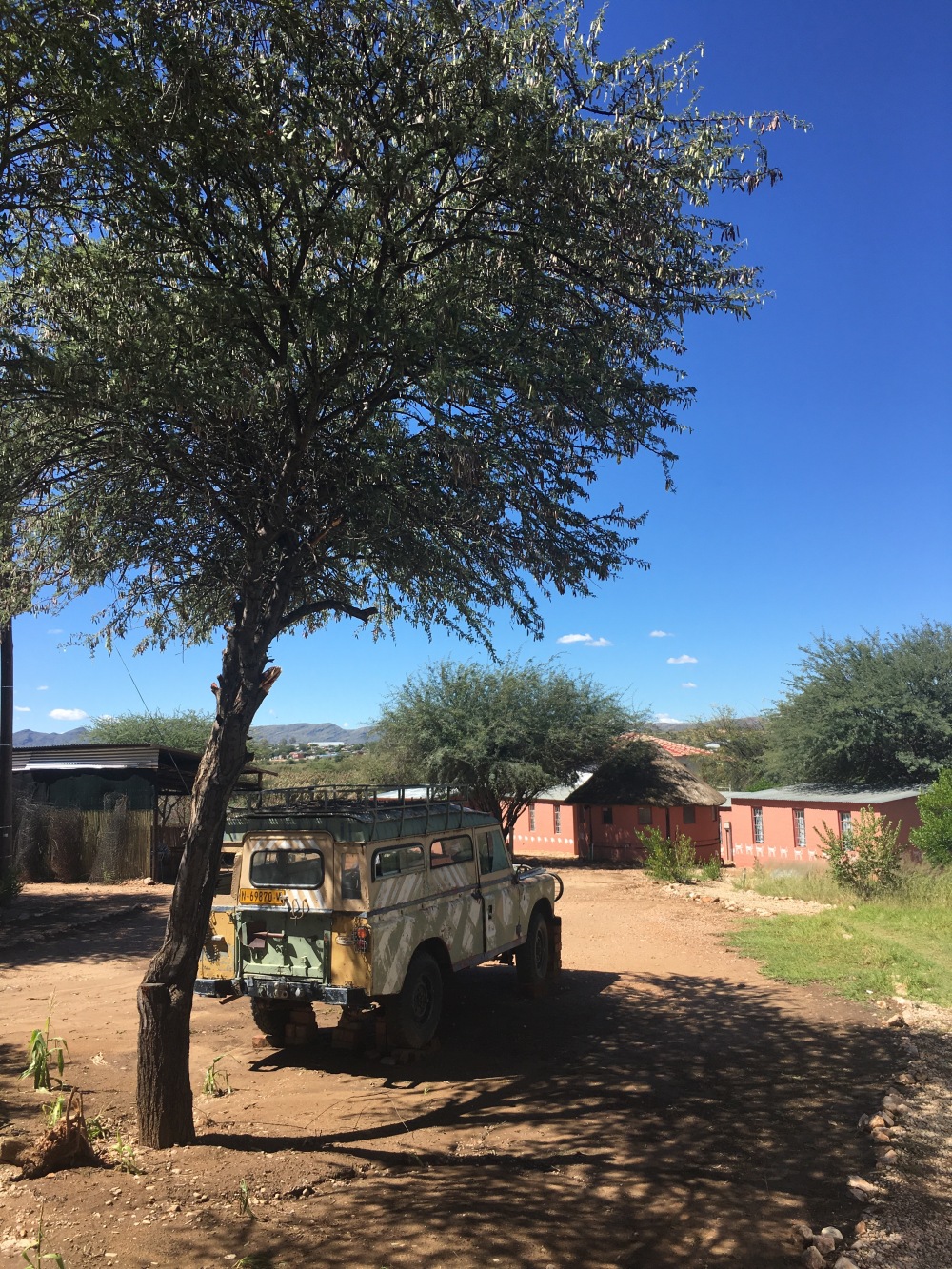 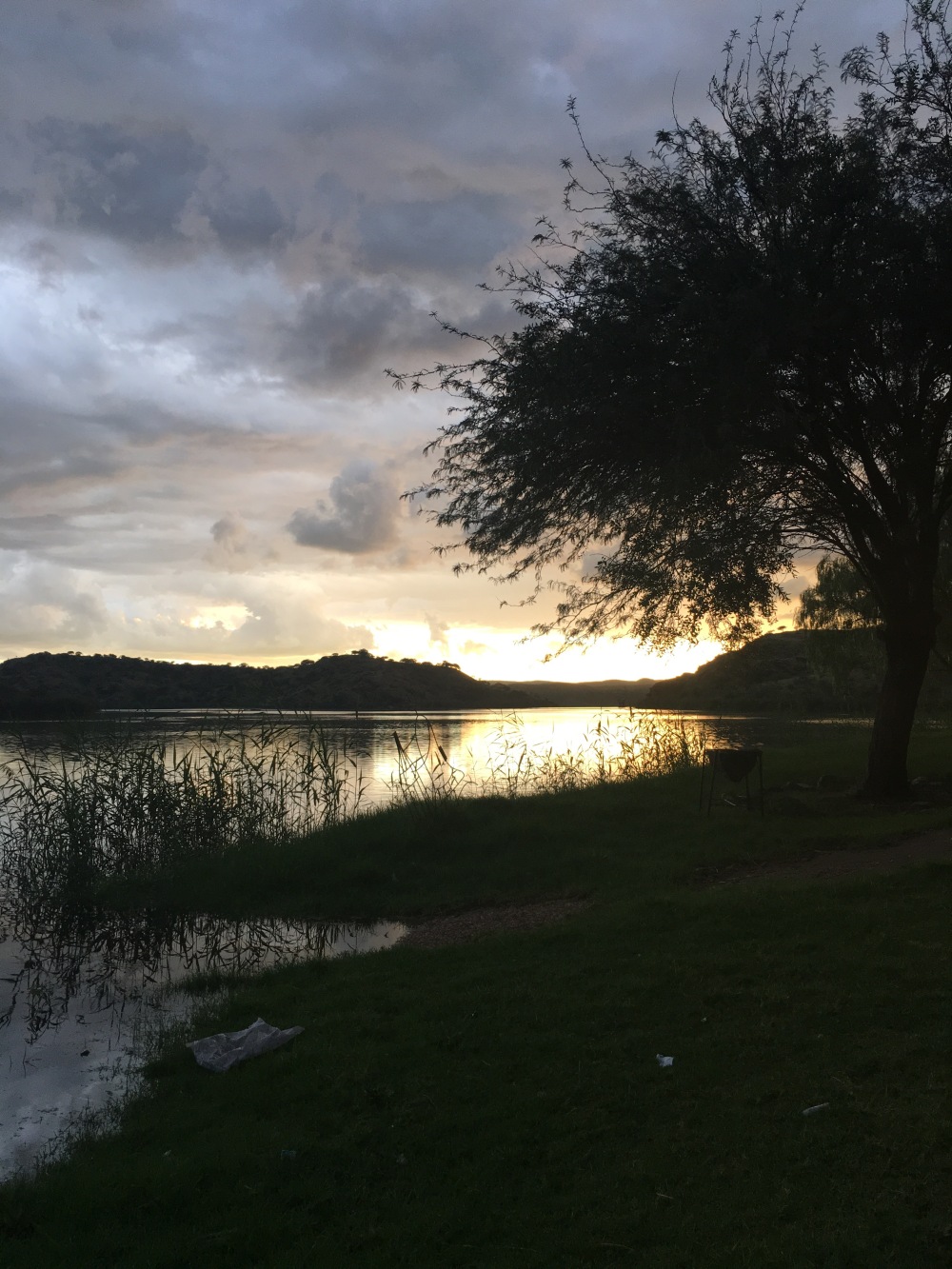 The site also served as a cautionary tale to focus on sustainability and the overarching theme of “working yourself out of a job” so that your site can sustain itself long after you leave. One non-example of this was a solar oven that one volunteer had tried to introduce to the site. While useful and super cool, the conecept did not survive past her time at Penduka, probably due to complexity or sourcing materials.

Post-Penduka pampering we made our way to Okahandja, which is where we’ll live out the rest of our PST. We spent a few days rooming at the training center before moving in with our respective host families. 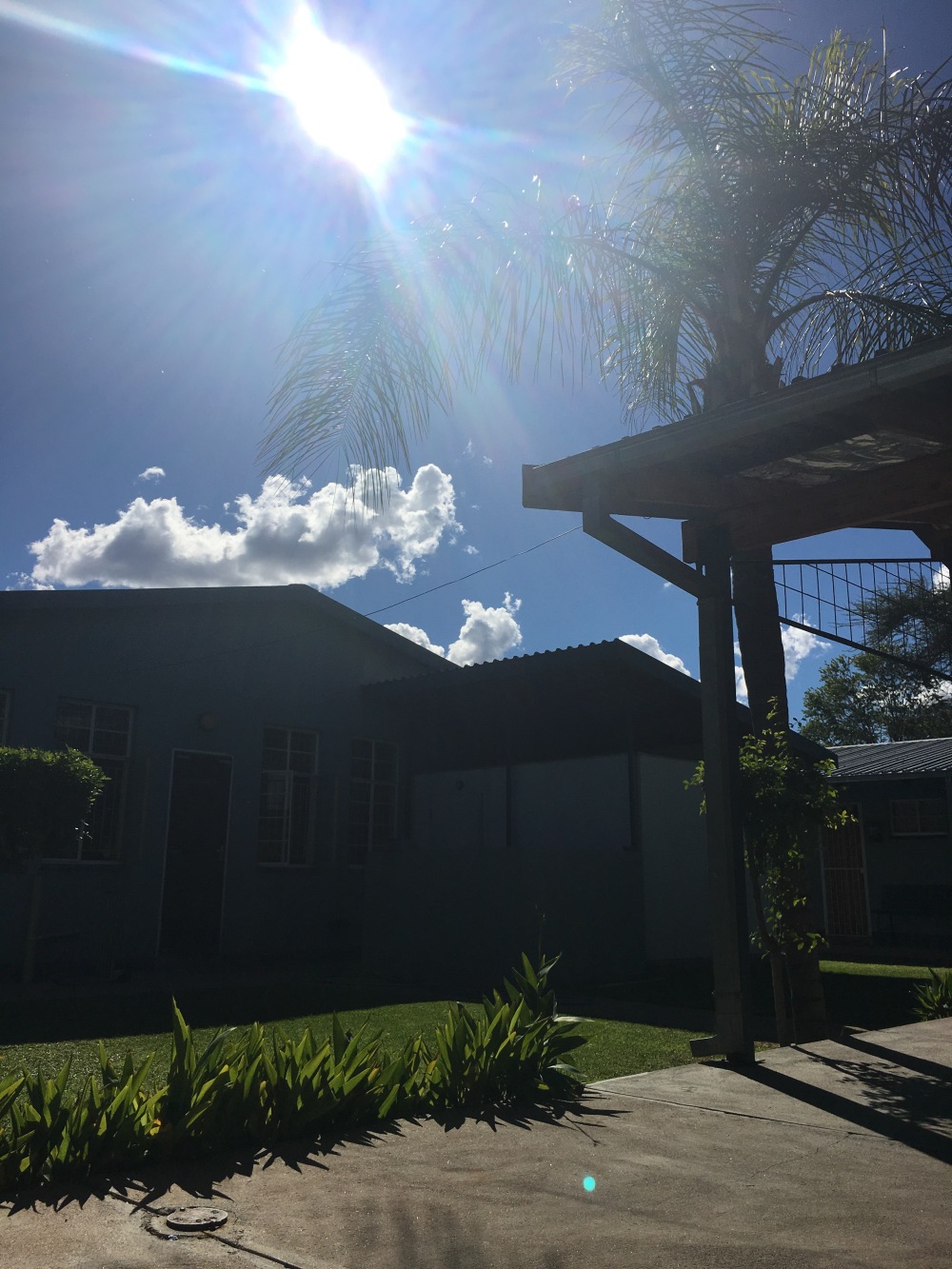 We were greeted by the Okahandja youth choir and their performances were moving. I’m not sure I’ve ever seen people that happy to be singing.

​​
Our last night there, we got the chance to enjoy a traditional Namibian meal of PAP with meat, veggies and sour milk. Delicious, but you have to eat it all with your hands which was new to all of us.

That day we also learned our languages, which was a super exciting but jittery moment. I was placed alone (!) in a language group and also learned my host family would not be speaking my language. With a small group like ours, there were three languages that ended up only having one learner per. I was nervous but excited to tackle the challenge.

Until the next day when, surprise, my language got switched along with my host family and speculative site region. RULE #1 IN THE PEACE CORPS: stay flexible. Getting too attached to things here will not benefit you since things can change at a moments notice.

So Oshindonga it is! Again, I was the only learner in my language class but this time my host family would speak my language. Oshindonga is spoken up North in Ovamboland, and is similar to another language called Oshikwanyama.

The next day we anxiously awaited our host families’ pick ups. After spending every waking moment with these people for the last week, it was sad to say goodbye. 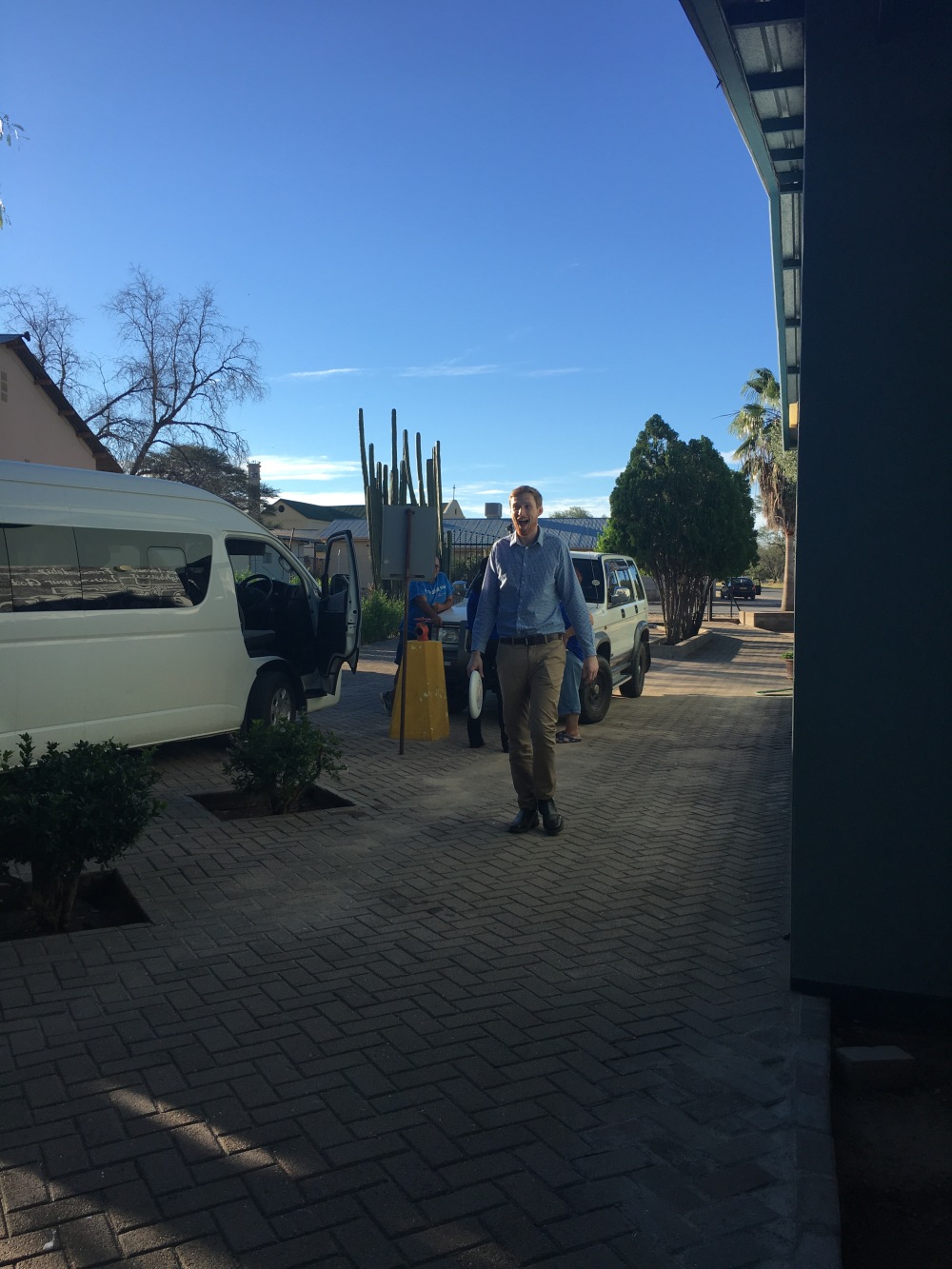 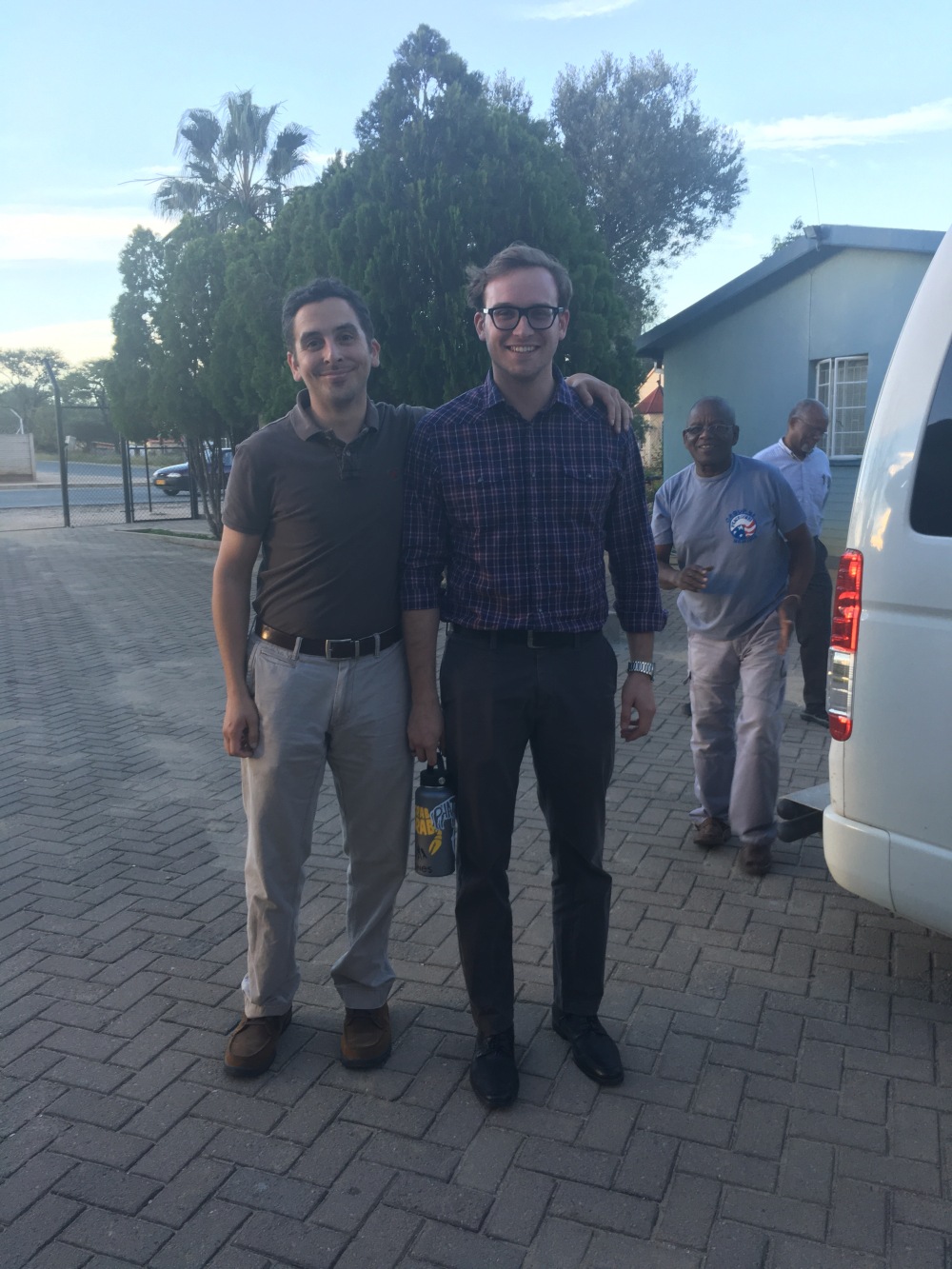 My host family is lovely. My host mom, Bertha is currently in school to become a teacher for young children. She is kind, patient and a great cook! Her husband lives up north with their son and works in carpentry. I also live with Bertha’s sister in law, Selma, and her 16-month old baby girl Talela. Bertha’s daughter, Ruth, goes to school a couple hours away but is currently home on break until late May. She is so dedicated to school, but it’s nice to have her around during break for walks around the neighborhood and language help.

Moving in with the host family was a definite realty check, though. My first night I took a cold bucket bath, not even thinking to ask if I could boil some water. The next night I learned my lesson and enjoyed a nice, semi-warm bucket bath. Eons better. I also hand-washed my clothes today, although next time I think I’ll wait a little longer than two weeks to tackle this project. It’s time consuming when you don’t know how to do it. My host mom was nice enough to help me after laughing (in pity, probably) at my technique.

Their house is modest but homey and they spend most of their time gathered around the TV, taking and watching English-dubbed soapies from India, or cooking. In Namibian culture, spending too much time in your room indicates that you are unwell, so I do my best to spend as much time with them as possible.

​I’m also not afforded the luxury of wifi here, which is pretty typical is most neighborhoods. So, I am typing this entire blog post on my little smartphone. Please excuse any slip ups.

Lastly is that it’s not considered to safe to drink tap water in this neighborhood. In many parts of Namibia it’s safe to drink from the tap, but here we boil it before drinking/cooking/brushing our teeth, everything. It’s not bad, but it makes me appreciate that crisp Washington tap water a whole lot more.

So far, so good. We are moving into the winter/dry season and while Namibians complain about the cold, I rejoice in the 70 degree weather that we consider “really nice” in Seattle. My host family thinks I’m crazy for wearing shorts.

I have many more updates and thoughts but will save them for another blog post! Lala po nawa (goodnight). 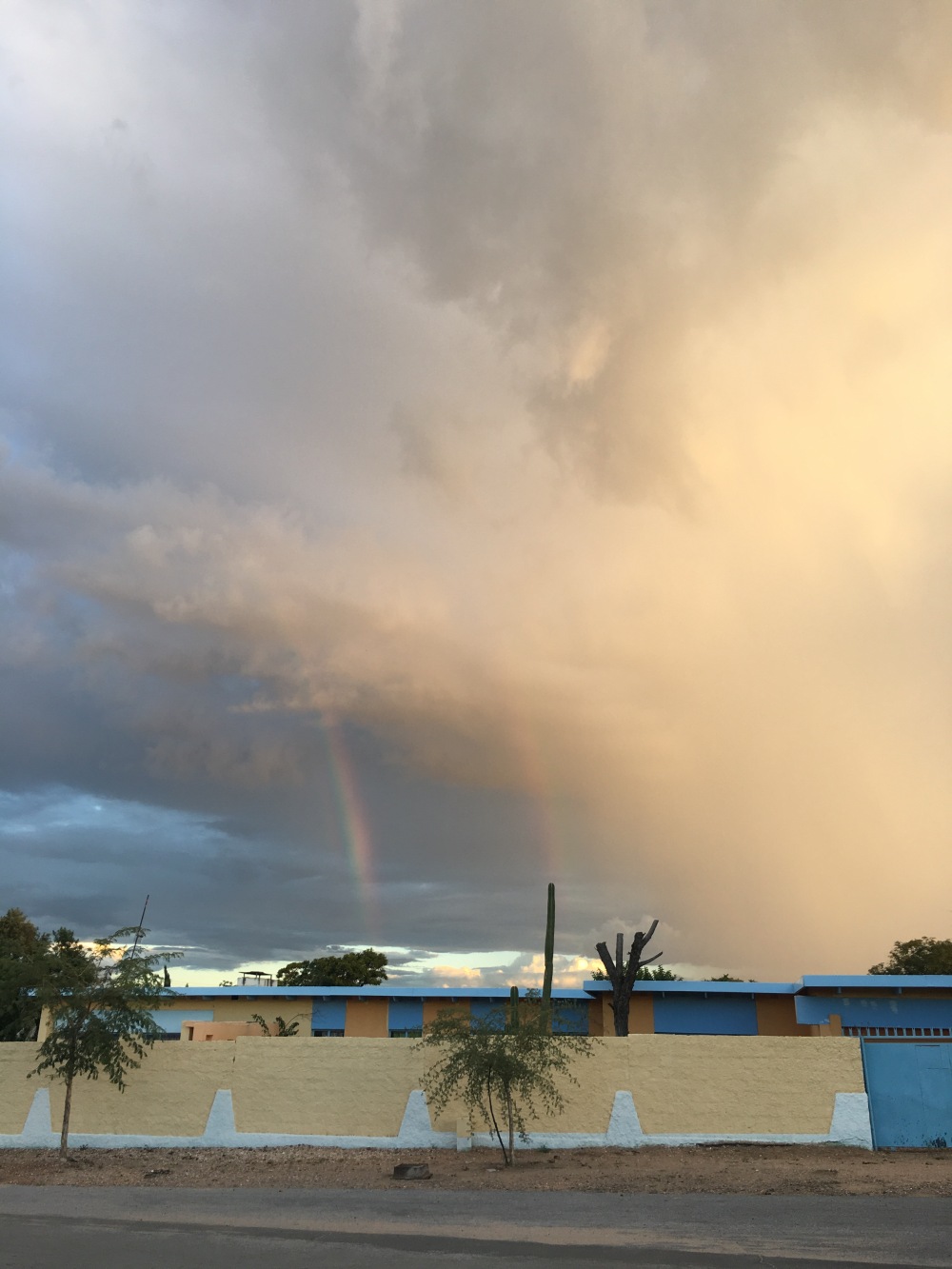 A resource for the creative career